Kyrgyzstan, or Киргизия, Kirgiziya, officially the Kyrgyz Republic is one of the world's six independent Turkic states (along with Turkey, Azerbaijan, Turkmenistan, Uzbekistan and Kazakhstan). Located in Central Asia, landlocked and mountainous, Kyrgyzstan is bordered by Kazakhstan to the north, Uzbekistan to the west, Tajikistan to the southwest and People's Republic of China to the east. Its capital and largest city is Bishkek.

"Kyrgyz" is believed to have been derived from the Turkic word for "forty", in reference to the forty clans of Manas, a legendary hero who united forty regional clans against the Uyghers. Literally it means We are forty. At the time, in the early 9th century AD, the Uyghers dominated much of Central Asia (including Kyrgyzstan), Mongolia, and parts of Russia and China.

By extension, Kyrgyz is also thought to mean "unconquerable" or "undefeatable". 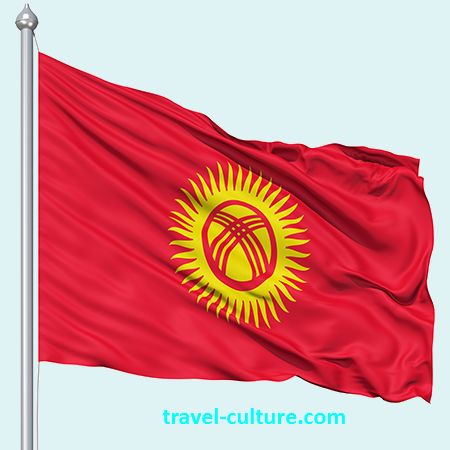 The 40-ray sun on the flag of Kyrgyzstan is a reference to those same forty tribes and the graphical element in the sun's center depicts the wooden crown of a yurt – a portable dwelling traditionally used by nomads in the steppes of Central Asia.